Exchanging a Phone for a Paddle
March 5, 2020 by Kyle Marshall 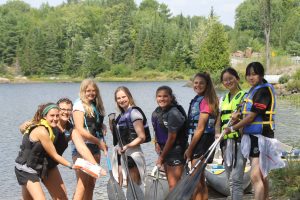 At summer camp, kids spend some invaluable time off their devices, which allows them to experience the great outdoors with friends, and the power of opening their minds to a life (albeit brief) without technology.

In an age full of devices that connect us to the ones we love, there aren’t many places you can go where you won’t find smartphones, tablets, or some form of smart technology. The younger generation is more connected than any other generation before, but even they need an avenue to escape all of that. This is where summer camp comes into play.

Getting the most out of their camp experience is so important for a child and in today’s connected society, smart devices and technology can get in the way of that. So most camps tend to have policies in place to control how kids (and even staff) use their devices while at camp and some are more strict than others.

One such camp is Camp Wenonah in Muskoka, which makes kids hand over their phones (if they brought them) on the first day of camp. Phones are stored away in camp offices, and are only made available to campers for a very small amount of time.

Mike Stewart, the senior director logistics at Camp Wenonah, acknowledges that there has definitely been a rise in the number of phones that are being brought to camp.

“There’s no argument that any camp director will share with you that there’s a significant increase in the presence of cell phones,” he says, adding that the camp does offer weekly talk and text time to the kids. It’s (usually) a one hour designated and supervised time for kids to connect with home or whoever.

Shorter camp stays and first-time campers don’t get that talk and text time;, however, those campers staying two weeks or more are the ones who usually benefit. Stewart believes that constant engagement with phones is detrimental to the camp experience, but admits that once the kids are immersed in the programming that they offer, most kids don’t even 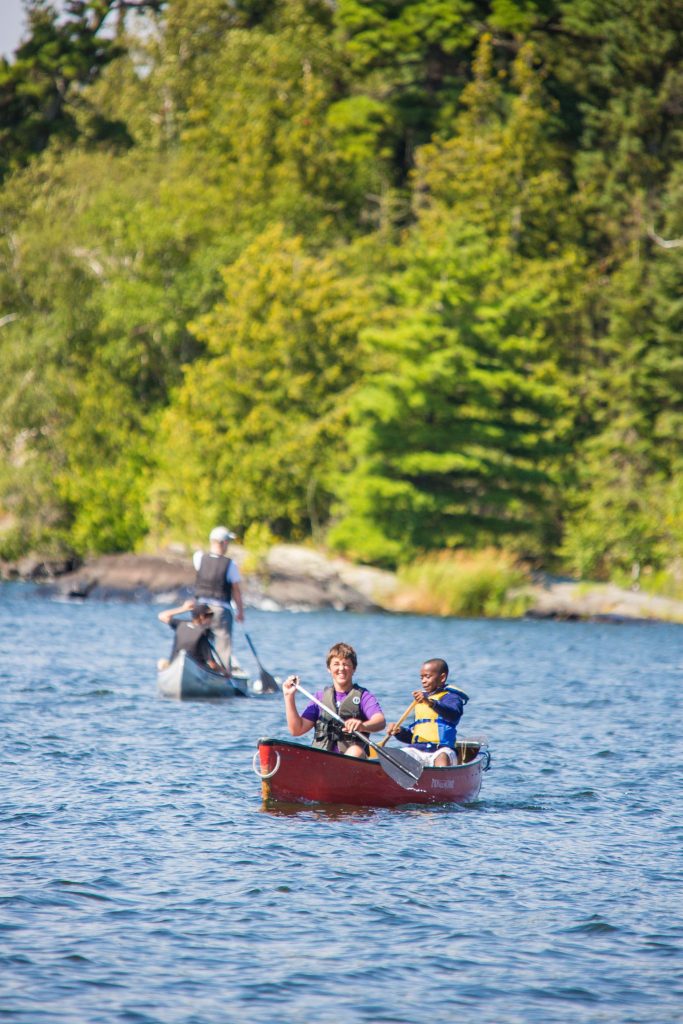 think about getting that allotted time with their devices.

Wenonah has had this policy in place for four years and they find that most parents support the lack of cell phone use. Staff also have to adhere to the same rules.

According to the American Camp Association, staff who are allowed use of their phones during camp times, even those who just used the phone for

social media purposes, were found to discourage those kids who were less confident from participating in social activities. Those phones just distracted the campers, sometimes causing accidents and cyberbullying in more extreme cases.

On the stricter side, Camp Tamarack, also in Muskoka, has always been cell phone free, and as of last year, is now completely screen-free.

Cooper admits that there was some push back when the screen-free policy took place, but that was mainly from the older kids. Tamarack has a warning system in place for those caught with cell phones, with the severity of the consequences increasing with every offense. The staff members that are caught receive an automatic 24-hour confiscation on the first offense.

Of course, that does not stop some kids from bringing phones anyways, even bringing multiple SIM cards if asked to remove the ones in their phones.

Amanda Cloutier is the programs director for Camp Tournesol, which provides services at 15 day camps in the Greater Toronto Area and two overnight camps in Muskoka and Schomberg. She believes that there can be a place for phones at camp someday.

“I think there’s lots of room for incorporating technology,” she says, explaining that there are lots of opportunities for kids to have success with it, for example, letting them use video editing programs as a way for the kids to highlight their favourite moments of the week.

She does, however, still believe that cell phones don’t really have a place at camp and that unplugging is important to opening your mind and perspectives to other things. Cloutier adds that a camp is a place where they can go to meet people from other backgrounds and have positive experiences that aren’t reliant on technology.

Cloutier hopes that camp can continue to be used as a way to escape the grip we have on technology. “I hope that parents can see summer camp as an avenue for an out and also that they can identify when their kid needs an out and that they’re willing to fight that battle.”