Learning the art of expression at Theatre Camp
February 1, 2020 by Alexander Rodriguez 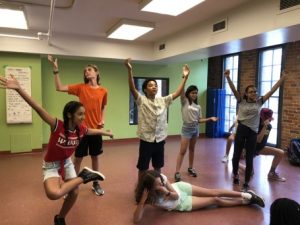 Acting, singing and dancing are just some of the artistic activities that campers participate in at theatre camps. The benefits they share are in the help they give in teaching campers how to express themselves. Especially some kids who struggle to do so.

Theatre camps provide benefits and skills that are important for children during their developmental stages. Through different activities, children are constantly encouraged to develop self-confidence. For campers, being in front of people and expressing themselves correctly helps to eliminate stage fright and teaches them how to properly communicate with one or more individuals.

“These skills can help them for the rest of their lives,” said Lily Small, Artistic Director at Great Big Theatre Camp.

One of the most useful and important things in art related camps is to help inspire camper creativity. By participating in a camp play, campers get to learn and incorporate new skills that have helped in their specific developmental needs.

Anca Maruro is the mother of two theatre campers. She has sent her daughters Evelyn (9) and Melissa (13) to Great Big Theatre Companies camps for the past three years.

“I think it’s great and very fun. It’s a very creative environment, so for them it is a way to express their creativity,” said Maruro. 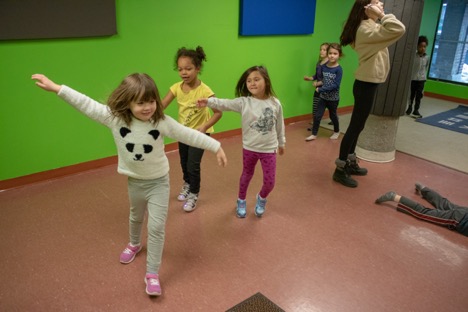 For some young children, learning how to express their emotions can be complicated. Through plays, children can perform as different characters that explore many forms of emotions. Through theatre games and performing, campers come to learn how to express these emotions and their creativity from their own voice.

“We try to facilitate exercises that help them to be aware of their emotions, and how to efficiently express their feelings through art.” Small said.

Toronto is one of the largest multicultural cities in the world. For some new Canadians, expressing themselves in a new language and in a new country can be an extra

obstacle at a young age. Through theatre camps, the barrier of a language can be eliminated by the camps dance activities and the memorization of scripts. These activities can help any camper break through their shell.

Ewa Petrasova, came to Toronto less than a year ago from The Cech Republic with her son Max (6). She said that the need of learning a new language caused a lot of stress and preoccupation for Max. But enrolling him in a theater camp helped him to properly communicate with others and to work on other cognitive functions such as memory.

“Our experience was very positive,” said Petrasova,” especially for learning English. With those 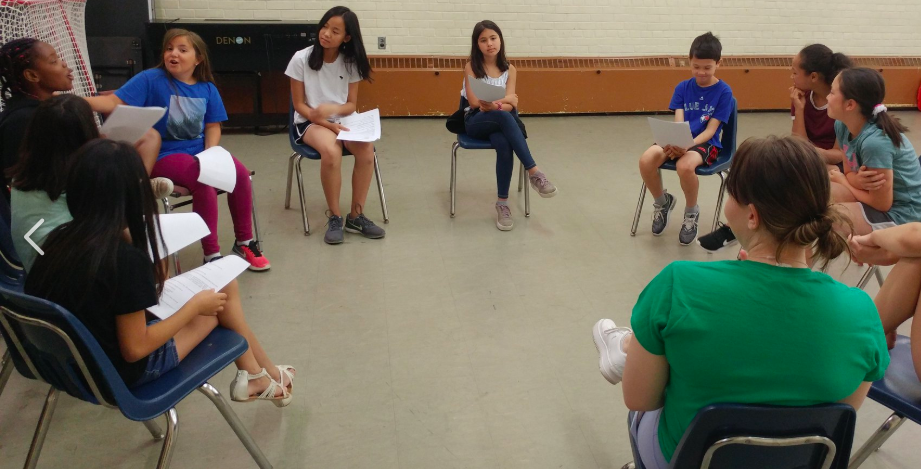 Apart from working on memory, all sessions try to teach kids what a story means and how to properly build them.

“In the collective process of making theater, kids learn how to build and share their ideas, and how to let go of some ideas for the better of the story.” Drama School Director at Young People’s Theater, Liz Pounsett said.

Drama, theater, or art camps in general are available all over the Greater Toronto Area. Many of them focus on specific topics, but all of them with the same purpose of

Theatre camp programs can be found during every season of the year. Some of the possible options are Young People’s Theatre Drama Camp, Second City, Great Big Theater, Our Kids, or Bravo Academy.