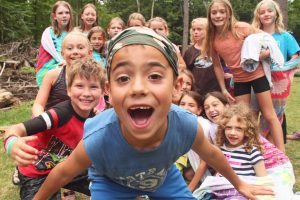 Since the Ontario government’s recent announcement of the cancellation of overnight summer camps due to the ongoing COVID-19 pandemic, camps and camp staff alike have been in a sense of mourning.

However, there is some light at the end of the tunnel for many camps are working diligently on alternative plans to ensure that kids of all ages can experience summer camp in some shape or fashion.

After Premier Doug Ford’s initial announcement on May 20, camps all over Ontario quickly turned to Zoom calls with staff and campers to shed some tears, but more importantly to start planning unique summer programming. Plans that no doubt will help keep children feel the camp spirit, even if they can’t be with their friends on some lake in Ontario in July or August.

“We really want to encourage people to be active and outdoors to the degree that they can be,” says Howie Grossinger, spokesperson for the Ontario Camps Association (OCA) and owner and director of Camp Robin Hood, a traditional day camp in Markham, Ont., adding that his camps are working to facilitate opportunities over the course of the summer where there can be engagement and community building. “So, we’re being very selective on how we engage. For our [residential] volleyball camp — which is our sports camp at the end of August — our team is beginning to think about ways in which we can still be engaged during that week of camp with a couple of online interactions.”

Grossinger, who is also a co-owner of Camp Walden & Madawaska Camps in Bancroft, Ont, adds his camps really want to continue the sense of community that they have and help families keep their children engaged as they would have at camp.

“We’re looking at interactions that are both live and others that are pre-recorded. Some that consist of lesson plans that require very few resources that kids can do under some themes that we do provide at camp. It could be a cooking recipe, a circuit for a fitness experience, it could be things related to nature where we give them the steps to build a very rudimentary bird feeder or things of that kind.”

As more hopeful summer staff hear the news, the more they want to get involved and uphold the sense of community that they feel all year round to their summer time families. One such camp that is experiencing a great sense of community from staff and campers is InterVarsity Camping, a not-for-profit faith-based organization that owns nine camps across Canada. Four of their camps have been impacted by the forced cancellation of summer camps in Ontario, including Pioneer Camp Ontario, Pioneer Camp Manitoba, Circle Square Ranch Grand River and Circle Square Ranch Big Clear Lake. But, it isn’t stopping InterVarsity leadership from helping families bring camp to their own homes.

“We have developed a CAMP@HOME initiative, providing campers and families with activities, games and competitions as means to stay connected with camp and with the camp community,” says Calvin Bennett, vice-president of camps at InterVarsity. “We are aiming to encourage kids to be creative and to be active.”

This initiative, says Bennett, will last through the entire summer, explaining that InterVarsity camps have currently been hosting online campfires and contests that ask kids to sing their favourite camp songs in a recording, or send in photos of them making their favorite camp meals.

“We share these videos and photos through our social media channels to keep the sense of community growing for our campers and their families,” says Bennett.

Summer camp is definitely an experience that produces great memories and friends, but it’s also a place that brings together people of all ages, races and genders to create a family. To many kids and youth, summer time has become an important time in their developmental stages and a place to build confidence and become their true self under the encouragement of others. And it is in this way that Ontario camps are trying to keep that sense of community alive during COVID-19 cancellations.

“Campers make friends for life at camp and also grow in courage. Camp helps kids become more sure of themselves because they are learning so much in an atmosphere of fun and encouragement,” says Bennett.

Although there are opportunities across Ontario for day camps to have summer operations permitted this summer, Grossinger and his wife, Sari, who own Camp Robin Hood made the decision in early June to cancel it’s 2020 summer day camp programming. They made this decision for the safety of their campers and staff — as 80 per cent of their campers are bussed to camp each day — and focus now on upholding their community engagement commitments in other ways.

“We feel that for the younger kids at the day camp, there is an opportunity for some engagement and some things that we want to do to help parents keep their kids busy during the day,” says Grossinger. “We plan on providing some online resources that may keep kids busy and help them out. So, we’re looking at a July focus of just weekly online activities that wouldn’t occupy a full day, but little resources here and there that parents can rest into, so that their kids are going to have a little bit of camp each day in July.”

All Ontario camps and their camp families have been impacted by the news. Whether it is the loss of a summer job, the postponement of becoming a camp leader, or one last time to be at camp before moving into a career, camps are moving forward in new ways this summer. And even though many camps are seeing big financial losses from this news, collectively, it is clear that it has not broken the spirits they uphold all year round.

For many camps, the strength in friendship and community they have with staff, campers and camper families will help them through these times and hopefully come back next year to do what they do best: create life-long memories for Canadians from coast to coast.